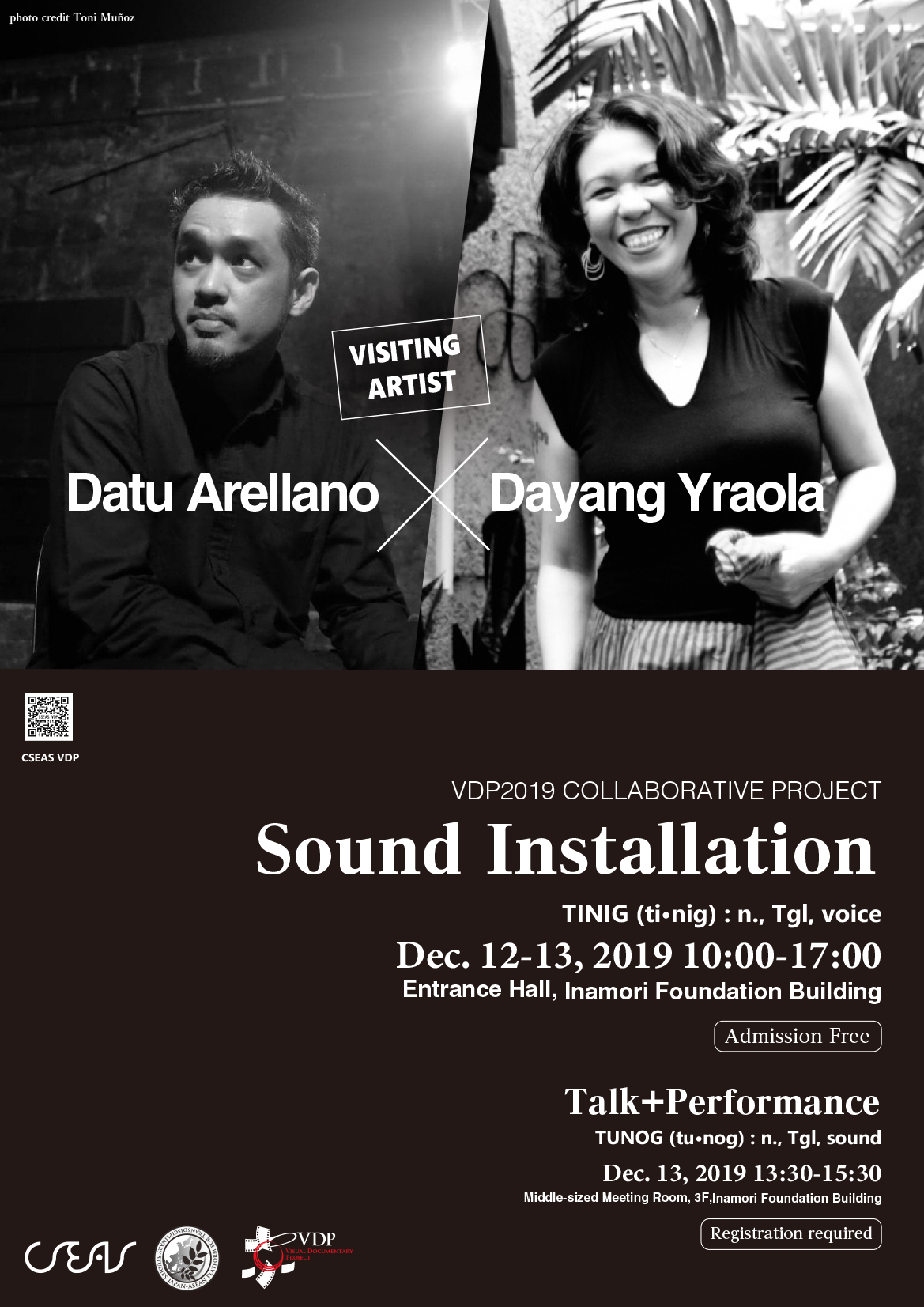 This is a sensor activated listening station. Within the web are audio composites prepared by the artists using and as a response to the films participating in the Visual Documentary Project 2019. One group of composite are comprised of three different voices—voice of grievance, voice of the storyteller, and voice of the environment; with sound files that were harvested from the films. The other group of composite recorded reading voices of different criminal case information on drugs, human trafficking, domestic abuse, terrorism, child abuse, online sexual exploitation, and petty crimes.

This is a performance lecture on sound art. A scene report on the sound art practice in Manila will be delivered. Dayang will show samples of different sounding instruments that were created by artists in Manila. Datu will show his own work.
Audience would later be asked to participate in an impromptu performance using the sounding instruments brought by the resource persons and other available sound/ noise/ music instruments found around the area or brought by the audience themselves.

Audience are then encouraged to bring an instrument and to pre-register.https://forms.gle/C5izN5jc6gbLDy

An independent curator, Assistant Professor at the University of the Philippines College of Fine Arts, and a Senior Lecturer at the College of Music. Dayang’ s curatorial focus is on process as media (archival and laboratory), technology as media (analogue, digital, mechanical, electronic), and senses as media; with research on ecology of art practices: art residencies, sound practice communities (Manila Art
Archive, since 2016), and sounding and listening cultures (Sonic Manila Research, since 2014). 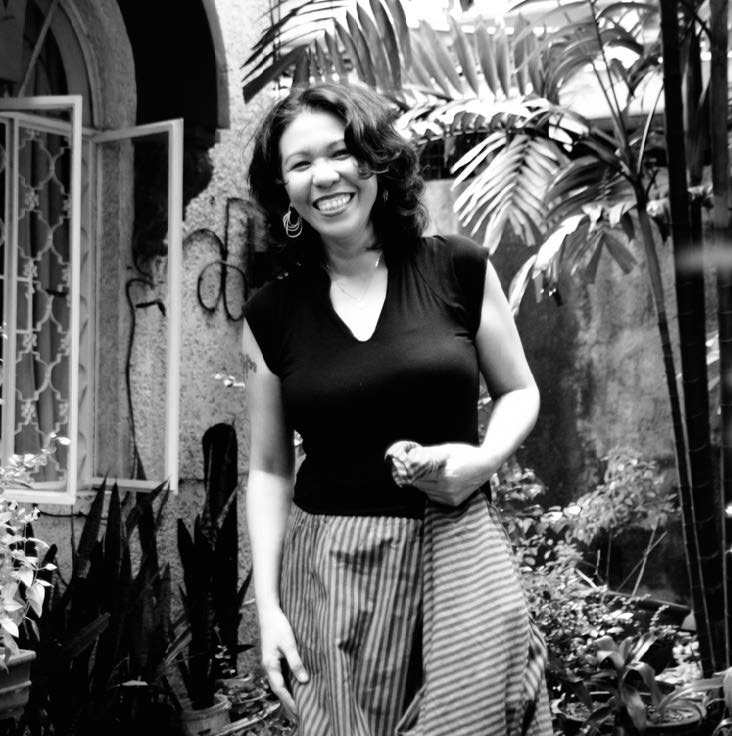 A visual artist, a musician, a designer, a retired front-end web developer, an educator, and an active
member of the Anino Shadowplay Collective, a group that specializes in shadow puppetry. As a practitioner, he straddles multiple contexts of visual and performing arts and works within the traditional forms of drawing, painting, and sculpture; the experimental aspects of sound design, music, and video; and the commercial contexts of graphic design. He lives and works in Manila, Philippines. 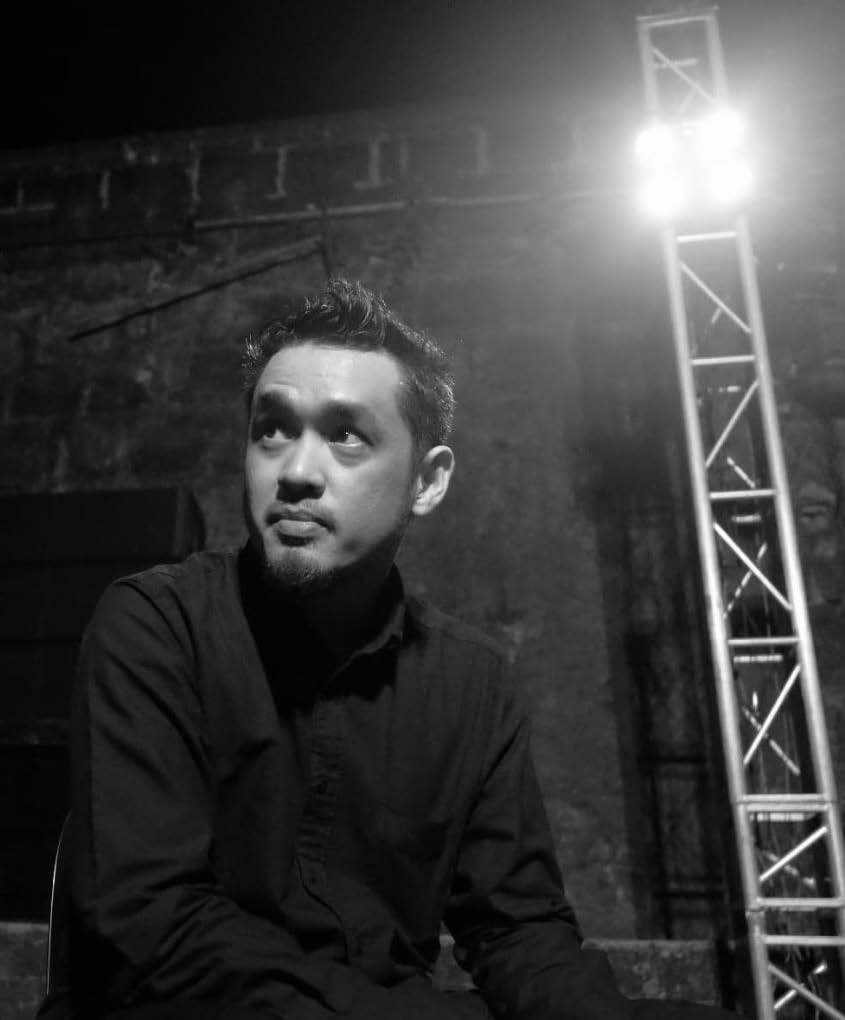 Special note of Thanks to Donna Cher Aguila dela Cruz 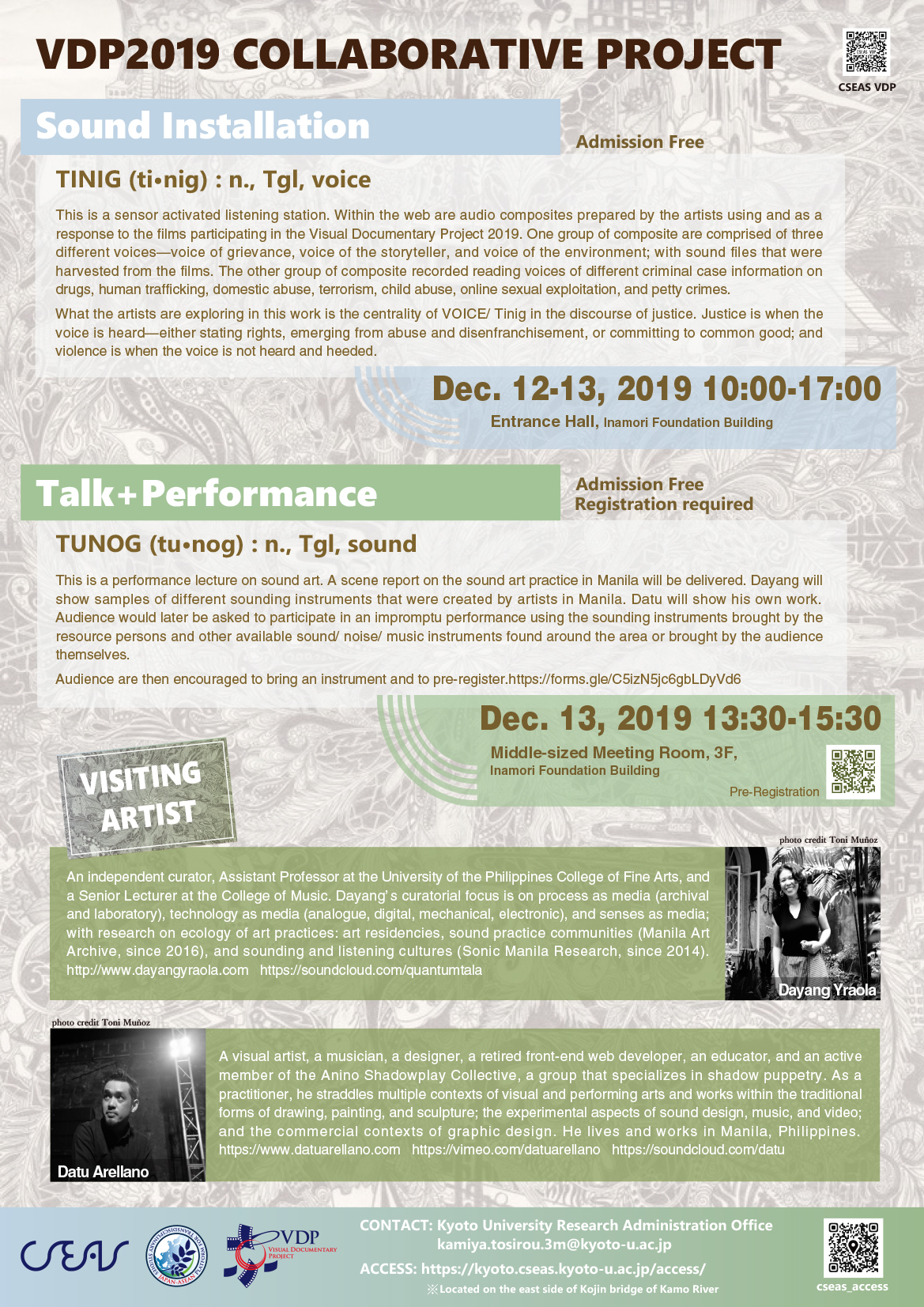